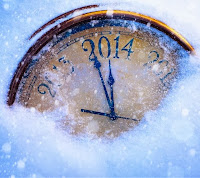 Reflection on the year past, and anticipation of the year to come.

Looking back on 2013 as it draws to a close, this year had many moments, as do all years, of wonderment, joy and sadness, prosperity and loss. Will 2014 be any different? All we can pray and hope for is more moments of joy than sadness and more growth than loss.

Before making your resolutions or goals for the New Year upon us ask yourself these questions.

I'm not much for making New Year's resolutions; I prefer to set goals both personally and professionally. I would rather look to the positive and see I can accomplish or make better, not what I'm trying to avoid or stop doing. What ever you choose for 2014 remember this...

Stay strong, stay positive and always be true to yourself!

Focus on the positive, don't wallow in the negatives and what ifs.

Be proud of who you are and fight for who you want to become!

Have a Happy Healthy New Year!

at 10:39:00 PM
Email ThisBlogThis!Share to TwitterShare to FacebookShare to Pinterest
Labels: Life

The world according to Dr. House
at 11:47:00 AM
Email ThisBlogThis!Share to TwitterShare to FacebookShare to Pinterest
Labels: Houseisms

Leading by example may sound easy, but few leaders are consistent with this one. Successful leaders practice what they preach and are mindful of their actions.
at 11:19:00 PM
Email ThisBlogThis!Share to TwitterShare to FacebookShare to Pinterest
Labels: Tip Of the Day 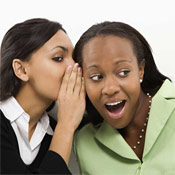 We all have that one person in the office that has nothing better to do than talk about her co-workers. And let's be honest, we have all participated in gossip at one time or another. After all, it’s tough to resist a juicy new piece of information about another person. Co-workers overhear a colleague making dental appointments, having marital spats, and discussing layoff rumors. The question is: what do they do with the information they hear? Does your corporate environment condone gossip?

Employees need to understand that rumors can “permanently damage professional images.” Busybodies who blabber about other people’s business may derail their own careers as well.

Before sharing a juicy tidbit, people need to ask themselves:


• Will discussing this information distract people from the work at hand?


• Could this tasty morsel damage morale or someone’s reputation?


• Does it “cross the line into harassment?”

If yes to any of these, then folks need to keep their mouths shut.

Now on the other hand, some gossip has also been proven to be useful in the workplace. There are supervisors who learn how hard their employees work through gossip, like how: “Jayne has been volunteering with a lot of projects lately.”


Insightful workers use gossip to their advantage. For example, learning that your co-worker is going on a month-long leave will give you the opportunity to immediately volunteer to help out with any of their projects while they’re away, making you look good in front of your boss.


As we know, not all gossip is good. Malicious gossip like: “I can’t believe that suck-up Frank got the promotion” can decrease workplace productivity and cultivate resentment. This is even worse when false rumors meant to bring others down are spread.


Negative gossip and mud-slinging does not just bring one person down. The negativity in the workplace environment fills it with tension, making it bad for everyone. If the office atmosphere is strained, small problems are blown up and of employees become anxious and tense.


When your co-worker comes to you with some new tidbit of gossip to tell, try answering the following questions:
So Kathy's saying that Larry, the project head, hasn’t been putting a lot of effort in the new assignment. Yet hasn’t Kathy been always jealous of Larry’s fast advancement? Could she be just doing this because she wants to create an opportunity for herself? Don’t forget to ask this question when you’re the one faced with a piece of interesting information which you want to share. Why do you want this information to be known? Is it because you’re happy or concerned for a co-worker, or just jealous of him or her? If your answer is the latter, be reasonable and try to consider the negative consequences which spreading this might cause, and if you feel like you really have to tell it to someone, tell your cat.


This question is especially important if you’re a manager. If you’ve been hearing negativity about a team member’s work habits, it’s always good to check the facts by asking more neutral parties or the person directly involved, before action can be taken to correct any problem. It's important to remember that it’s never good to cause any false speculation or mud-slinging. Rumors will only create negative outcomes and resentment.


Everyone would prefer to work in a healthy positive environment rather than in an uncomfortable, backstabbing one. Try to be a role model in the betterment of favorable conversation; this is especially important if you’re a team leader. If you hear anyone starting gossip that you know is just malicious talk and mud-slinging, stop it immediately. You can say something like: “I don’t think Jake is a slacker like you’ve been saying. As a matter of fact, I’ve seen him working a lot of overtime lately. "If the mean talk continues, the issues should be brought up in a company meeting; talk about how the nasty gossip and mud-slinging has been negatively affecting everyone’s work. You may be surprised to see other co-workers are thinking the same way as you do.


Make sure to clarify things with anyone involved. If someone has been spreading a rumor that you’ve been taking credit for Steve's work, talk things out with Steve and make sure that he knows that the rumors aren’t true. Speak with the person who has been fueling the rumor mill. Try to uncover and solve the source of the resentment. Be calm and composed during the conversation. Acting rash or immature will only turn the situation even more against you. Show how fictitious the gossip is by behaving in a way that contrasts the chatter. By continuing to live life the way you’ve always had, you’ll extinguish any talk false rumors against you.


We spend more time with our office family during the week than we do our children and our spouses; so we need to do everything we can to make it as enjoyable as possible.

at 6:01:00 PM
Email ThisBlogThis!Share to TwitterShare to FacebookShare to Pinterest
Labels: Workplace

The Best Kind of People

The best kind of people are the ones that come into your  life and make you see the Sun where you once saw clouds. The people that believe in you so much, you start to believe in you too. The people that love you, simply for being you. The once in a lifetime kind of  people.
at 8:31:00 PM
Email ThisBlogThis!Share to TwitterShare to FacebookShare to Pinterest
Labels: Life

IRS to Employers: Hire Veterans by Dec. 31 and Save on Taxes

IRS to Employers: Hire Veterans by Dec. 31 and Save on Taxes
If you plan to hire soon, consider hiring veterans. If you do, you may be able to claim the federal Work Opportunity Tax Credit worth thousands of dollars.
You must act soon. The WOTC is available to employers that hire qualified veterans before the new year.

Here are six key facts about the WOTC:
1. Hiring Deadline.  Employers hiring qualified veterans before Jan. 1, 2014, may be able to claim the WOTC. The credit was set to expire at the end of 2012. The American Taxpayer Relief Act of 2012 extended it for one year.
2. Maximum Credit.  The tax credit limit is $9,600 per worker for employers that operate a taxable business. The limit for tax-exempt employers is $6,240 per worker.
3. Credit Factors.  The credit amount depends on a number of factors. They include the length of time a veteran was unemployed, the number of hours worked and the amount of the wages paid during the first year of employment.
4. Disabled Veterans.  Employers hiring veterans with service-related disabilities may be eligible for the maximum tax credit.
5. State Certification.  Employers must file Form 8850, Pre-Screening Notice and Certification Request for the Work Opportunity Credit, with their state workforce agency. They must file the form within 28 days after the qualified veteran starts work. For more information, visit the U.S. Department of Labor’s WOTC website.
6. E-file.  Some states accept Form 8850 electronically.
For more about this topic, visit IRS.gov and enter ‘WOTC’ in the search box.
at 10:47:00 PM
Email ThisBlogThis!Share to TwitterShare to FacebookShare to Pinterest
Labels: IRS
Newer Posts Older Posts Home
Subscribe to: Posts (Atom)